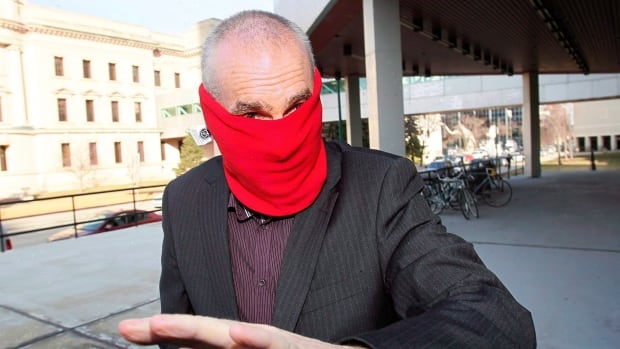 A former junior hockey coach, convicted of molesting several of his players in the 1990s, has been granted day parole with conditions.

‘I think my life and the lives of many others would have been better had I not been a hockey coach.’– Graham James

Graham James appeared before the federal parole board in Laval, Que., on Monday.

He told the board he is still attracted to young men, but said he will never put himself in a position to reoffend.

NHL star Theo Fleury, one of the players James repeatedly assaulted, reacted with fury to news of his parole.

On Twitter, Fleury had strong words about Canada’s justice system.

He condemned Canada for taking a soft-handed approach toward the sexual assault of minors.

James will be staying at a halfway house and will be required to report regularly to his parole officer.

He asked for full parole, but the federal parole board ruled it’s premature at this time, adding that James needs to show more “heartfelt” empathy.

The conditions of James’s day parole include:

He ‘didn’t see their unhappiness’

During the parole hearing, James talked at length about how his “distorted view” at the time led him to believe that his actions were not abusive.

He said he saw his victims as friends and thought he was in love with them.

James told the board that going through the sexual offender treatment program during his first jail term helped him to see that his actions were abusive.

“I clearly didn’t see their unhappiness,” he said, calling it a great failing on his part.

“I think my life and the lives of many others would have been better had I not been a hockey coach.” 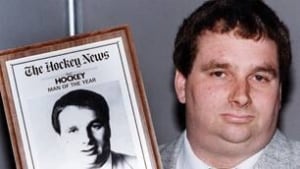 James was a much-heralded coach while with the WHL. (Bill Becker/Canadian Press)

James had nearly completed a five-year sentence in June for sex-related charges connected to five players during his time as a coach in the Western Hockey League when he pleaded guilty to a sexual assault involving another player.

He was sentenced to two years for that assault, which took place between 1990 and 1991 when James was with the Swift Current Broncos in Saskatchewan. That time was tacked on to the sentence he was already serving.

James used his position and stature as a coach to abuse the player, according to the prosecutor in the case.

In 1997, James pleaded guilty to 300 counts of abuse against Sheldon Kennedy, who had played for James and went on to an NHL career, and 50 counts against another player.

After he was released from prison following his conviction in the late 1990s, James was pardoned by the National Parole Board in 2007, a fact that didn’t come to light until another victim came forward to The Canadian Press in 2010. 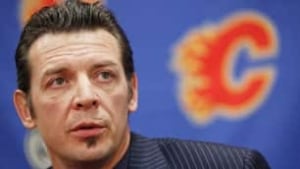 In his autobiography, Theo Fleury says that he was 14 years old when James started abusing him. Fleury went on to a career in the NHL. (Jeff McIntosh/Canadian Press)

The federal government later tightened up the rules surrounding federal pardons, now known as record suspensions, to make anyone in a position of authority over a victim ineligible.

James was living in Mexico when another NHL star, Theo Fleury, released his 2009 autobiography, Playing with Fire, and said James had molested him.

In January 2010, Fleury filed a criminal complaint. James was convicted in 2012 for repeatedly assaulting Fleury and his cousin, Todd Holt, when they played for him in the WHL.

In 2013, the Manitoba Court of Appeals made an unusual move, extending James’s sentence to five years.

He pleaded guilty to the latest charges, involving a victim who has not been identified, while in custody in Laval.