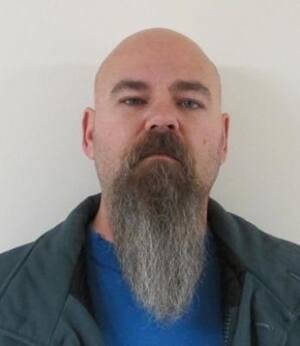 John Patrick Neve, 47, has been assessed as a ‘high risk to reoffend in a sexual manner.’ (Halifax Regional Police)

Halifax Regional Police are warning the public that a sexual offender will be released from prison on Monday.

John Patrick Neve, 47, has a criminal history of violent sexual offences against intimate partners and children.

Neve has been professionally assessed as a “high risk to reoffend in a sexual manner,” according to a police news release.

Police said Neve has been placed on a number of strict conditions with regards to his interaction with women and children under the age of 16.

Neve was sentenced in December 2008 on several charges including two counts of sexual assault and assault.  He received a total of 46 months in prison.  He was also put on the national sex offender registry, was required to give a DNA sample and is banned from having weapons until 2107.

“This information is provided to alert members of the public of his release into the community,” the police news release stated. “Any form of vigilante activity or other unreasonable conduct will not be tolerated.”