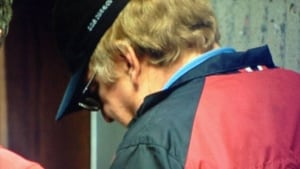 A 52-year-old Halifax man has been declared a long-term offender and was sentenced Tuesday in Nova Scotia Supreme Court to five years for sexually abusing three girls.

Today in court, Payne apologized to his victims and said he was deeply ashamed.

One of the victims, who is now an adult, told a preliminary inquiry in 2013 that Payne assaulted her more than 1,000 times.

A Crown prosecutor read a statement from one of the victims, now a 35-year-old woman who said she still has nightmares.

“These dreams are of fear when I wake up sweating and (often) crying. Quite often these dreams involve my children being in danger at the the hand of Myles and me being unable to protect them,” the statement read.

Court was told Payne has a Grade 9 education and has previous convictions involving other girls.

“While he thinks he has a moderate to high risk to re-offend, he still thinks there is a possibility his risk can be controlled in the community and that is a reasonable prospect for the future,” she said.

Payne said he was a victim of childhood sexual abuse. He claims to be a changed man since receiving intensive treatment in jail four years ago.

The long-term offender designation means that once he is released from prison and his parole is finished, he will be supervised for another 7.5 years.

A convicted pedophile from Halifax has been ordered to stand trial on allegations that he molested a girl in the 1980s.

The only person to testify during the full-day hearing was the complainant, who’s now in her 30s.

She alleges that she was sexually abused between January 1982 and June 1989.

He will appear in Supreme Court in Halifax on June 7 to begin the process of setting dates for his trial by judge alone.

Payne was released from prison on statutory parole in March 2011, after serving two-thirds of a 59-month sentence for crimes against four children. He’s living at a halfway house on College Street in Halifax under strict supervision.

Police arrested Payne last May after three women alleged that they had been molested by him when they were children. He was released on an undertaking to have no contact with the women.

Payne is scheduled to have another preliminary inquiry Wednesday on charges of sexually assaulting the other two girls. Those offences are alleged to have been committed between 1993 and 1998.

The Parole Board of Canada, in a decision released last year, said Payne had completed a sex-offender program twice while in prison but was still considered a high risk to reoffend.

Payne’s record of sex offences goes back more than 30 years.

He was sentenced in October 1981 to 90 days in a provincial jail for indecently assaulting two young girls.

In December 1999, he got a one-year conditional sentence for sexually assaulting a woman.

In July 2005, he received two years in prison and three years’ probation for sexually assaulting a 10-year-old girl he was babysitting.

The board said Payne is unable to control his emotions around children, prefers their company to adults and continues to blame his young victims.