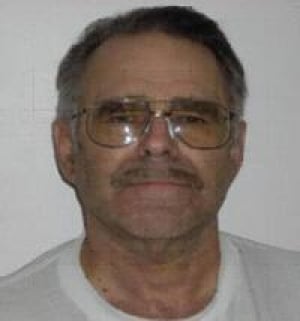 Nova Scotia RCMP say a high-risk sex offender about to be released from prison is headed for the Shubenacadie-Enfield area.

Wayne Joseph Croft, 60, will be released from Dorchester Penitentiary on Tuesday after serving his full 10-year sentence for several sexual assaults.

Croft has a history of sex offences involving boys and girls under the age of 16, dating back to 1978.

The RCMP say because Croft is considered a high-risk to reoffend, they believe the notification is in the public’s best interests and outweighs his right to privacy.

The Mounties have also notified the provincial Department of Education.

At the same time, the RCMP is warning the public against vigilante acts.

“Any acts of vigilantism will not be tolerated and can be considered an act of violence and also could be considered a criminal offence,” said Sgt. Mark Gallagher, an RCMP spokesman.

Gallagher said Croft ‘s first stop after leaving prison will be the courthouse, where he will formally agree to follow strict conditions that he must:

Gallagher said other offenders have followed conditions and have not been a threat.

And, given Wayne Joseph Croft’s high risk to reoffend, the Nova Scotia RCMP on Monday issued a public notification to alert the public of his release.Mr. Croft, 60, has a history of sex offences with boys and girls under the age of 16, dating back to 1978. His youngest victim was two years old.Mr. Croft, an RCMP release said, has been professionally assessed as being a high-risk offender and the RCMP believe this notification is considered to be in the public’s best interest. Police say he’ll reside in either Enfield or Shubenacadie.Mr. Croft is described as having grey/brown hair, hazel eyes, mustache and glasses. He is five feet, five inches tall and weighs about 160 pounds.Fifty-seven charges were initially laid against Mr. Croft, but that number was reduced when he agreed to plead guilty to 12 of the most serious offences: eight counts of indecent assault, two counts of sexual assault, one count of having sex with a minor and one of buggery. Specific incidents included oral sex, anal intercourse, simulated sex, fondling and forced sexual intercourse. In one incident, other individuals were invited to watch and even join in an assault.Mr. Croft and his two brothers were arrested in 1997 by the RCMP after a six-month investigation in a string of sex crimes against children in the 1970s and ’80s.In 1999, Mr. Croft’s brother, Keith Alexander Croft, pleaded guilty to two counts of sexual assault and one count of having sex with a girl under 14. Nine other charges were withdrawn. He was handed a 21-month conditional sentence, and three years’ probation.That same year, a third brother, Edward Maurice Croft, was found guilty of three charges of indecent assault, two counts of having sex with a minor and one count of gross indecency. He was sentenced to 3 ½ years in prison.

Join the discussion below, or Read more at thechronicleherald.ca.