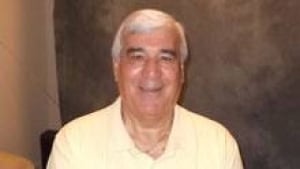 One of Nova Scotia’s most notorious pedophiles is facing new restrictions after being caught with pornography.

Cesar Lalo is now banned from accessing the internet or viewing pornography in any form, according to documents from the Parole Board of Canada.

Lalo was convicted of sexually assaulting 29 boys from 1973 to 1989 while working as a probation officer and social worker in Nova Scotia.

He was released on parole in September 2009 after serving five years of a nine-year prison sentence.

After being released from prison, the 72-year-old man moved to Ottawa under strict conditions.

According to Parole Board of Canada documents dated Jan. 30, a compliance check last year revealed pornography on Lalo’s computer, for which he was sentenced to six more months in prison and new conditions.

Lalo is now in a halfway house and can no longer access the internet without prior approval from his parole officer. The condition applies to private computers, library computers, internet cafes and any other places where there may be internet access.

“You have a poor prognosis in terms of treatment, responsiveness in light of unanimity on your sexual deviancy and diagnosis. Your file information indicates that your risk for sexual reoffence will ‘never fall below moderate,'” the Parole Board wrote.

“In reviewing your file, the board has concluded that you are a high-risk, high-needs offender who requires close monitoring and supervision of all activities, behaviours and interactions with others.”

Lalo has also been ordered to have more psychiatric treatment, which may include taking medication to suppress his sex drive if it is prescribed by a psychiatrist.

He is also barred from any contact with children under the age of 18, which includes written, phone or electronic contact.

“This condition is imposed because of the ages and circumstances of many of your victims and the predatory nature of your seeking out some of your vulnerable victims in high-risk locations,” said the documents.

“Your relationship with adults must be immediately reported to your parole supervisor as they emerge because any children in their care must be protected.”

Lalo will remain under supervision until March 1, 2020.