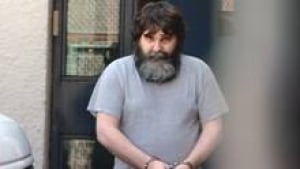 *** Warning to Residents of New Brunswick *** Douglas Hugh Stewart may have already been released from his 5 Year sentence
** http://www.huffingtonpost.ca/…/douglas-hugh-stewart-child-p…**
November 14, 2011
MONCTON, N.B. – A New Brunswick man who collected almost six million pornographic images and videos of children was sentenced Monday to five years in prison for what the Crown described as the largest seizure of such material ever in Canada.
Douglas Hugh Stewart, 52, of Moncton pleaded guilty earlier to possessing, accessing and distributing child pornography.
Judge Anne Dugas-Horsman said police found more than 4.5 million images and videos depicting child sexual abuse during a search of Stewart’s home. He lived in his father’s basement.
Investigators also found another 1.2 million images of children in the nude. “There were images of children who appeared as young as three,” Dugas-Horsman said during sentencing. “The videos were often more graphic than the images.” Stewart was arrested in March as part of an RCMP crackdown on Internet child pornography. Operation J Treasures investigated peer-to-peer computer file sharing of child sexual abuse images.
The court was told that as Stewart downloaded the files, they could be accessed by others, and that’s how police were able to gather their initial evidence. It took police more than 700 hours just to catalogue the items. Dugas-Horsman said Stewart started his collection in the mid-1980s and told police he knew what he was doing was illegal. She described the images as “crime scene photos” and said that “to be used and exploited in such a manner steals the spirit and deadens the soul.” “The children depicted are real and exist somewhere on the planet.” Dugas-Horsman added that sentencing must be of such deterrence that possession of such material would not be worth the risk. The RCMP’s lead investigator, Const. Tonia Williams, said outside court that she hoped the sentence sends that message to the public. She called the case just the tip of the iceberg when it comes to the global problem. “Worldwide it is a challenge for all law enforcement agencies,” Williams said. “That’s why partnerships between all law enforcement agencies are very important.” Defence lawyer Maurice Blanchard said his client expected to get the sentence that he did. A previous case in Ontario involving 1.3 million images resulted in a four-year sentence, so Blanchard said Monday’s sentence sets a new benchmark. “It establishes a benchmark for those massive collections — a benchmark that maybe we hadn’t seen before,” he said. Blanchard said his client was co-operative with police and the courts and is ready to seek treatment in prison.
Stewart must also submit a DNA sample and will be placed on the national sex offender registry.

A judge says she needs some time to determine a sentence for a Moncton man who pleaded guilty to three charges involving what police described as the largest collection of child pornography in Canada.

Crown attorney Karen Lee Lamrock told CBC News that Douglas Hugh Stewart, 51, had almost six million images — pictures and videos — in his possession. In total, he had more than 4.7 million pornographic images and more than 1.2 million images of nude children and children in bathtubs.

Lamrock said Stewart has been collecting since the 1980s and that he looked for new material on a regular basis.

She said the analysis of images “completely overwhelmed RCMP” and that they had to add storage because all the RCMP servers were full. She also said it took 700 hours to categorize images.

The sentencing hearing was originally slated for Aug. 19, but provincial court heard his psychiatric evaluation had not yet begun due to a shortage of qualified professionals.

The Crown and defence had jointly recommended the psychiatric evaluation to help determine Stewart’s risk of reoffending and assist Judge Anne Dugas-Horsman in sentencing.

The indictable offence carries a maximum sentence of five years in prison and a minimum of 45 days in jail.

Two other men and a male under age 18 were also arrested after search warrants were executed in Havelock, Dumfries and Grand Bay-Westfield.

Investigators seized a variety of computers and related equipment.

Lamrock said the “sheer magnitude [of number of images] has never been dealt with in Canadian courts.”

Blanchard said Stewart acknowledged he has an illness and compulsion and said he wants treatment. He also pointed out in court that he has co-operated with police. He asked that all of that be taken into consideration.

Stewart had no prior criminal record.

Dugas-Horsman said she needs time to go through all of the material associated with the case and will give a written decision on Nov 14.