Sentencing submissions made in Jeff Paxton case, judge to determine if jail time will be served

THUNDER BAY – A judge will now decide whether a former bible camp counsellor will spend time behind bars for a number of sexual offences against underage boys. 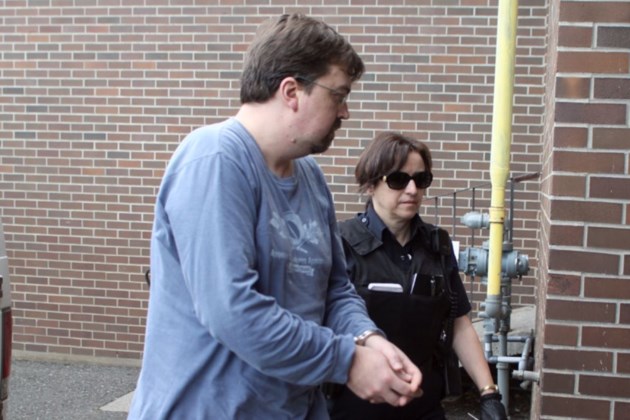 THUNDER BAY – A judge will now decide whether a former bible camp counsellor will spend time behind bars for a number of sexual offences against underage boys.

Lawyers for both the Crown and defence made submissions at a sentencing hearing at the Thunder Bay Courthouse on Friday, with Justice Bruce Fitzpatrick to decide whether Jeff Paxton will serve prison time after pleading guilty to charges from incidents that span from 1985 to 2003.

The 49-year-old pleaded guilty in July to 10 of 23 charges on two of the indictments against him, including six separate counts of sexual assault, three counts of gross indecency and one count of invitation to sexual touching.

Nine of the charges were laid as a result of incidents that took place in the 1980s, at the time Paxton was between 19 and 26 years of age. The invitation to sexual touching charge is from a 2003 incident.

The victims ranged in age from five to 15 years old at the time of the offences.

Crown prosecutor Jane-Ann McGill requested an eight-year sentence for Paxton, arguing he systematically placed himself in positions of trust to groom and prey on his victims. Paxton previously worked at the Round Lake Bible Camp and was also a babysitter.

In addition, she requested ancillary orders which include submitting a DNA sample and life-long inclusion on the National Sex Offender Registry.

McGill read a victim impact statement which detailed how the victim would nearly have panic attacks when going into places where he might run into Paxton, anxiety from feeling under his control and the loss of personal self-identity.

She also referenced a pre-sentence report, where a counsellor believed Paxton was more concerned with how the charges and case had negatively impacted him rather than the victims.

Defence lawyer David Young requested a conditional sentence of two years less one day that would allow Paxton to serve his time in the community. Young argued Paxton had no other criminal record and would be a proper candidate to comply with the terms of his release.

Under his proposal, Paxton would be confined to his mother’s residence for 12 hours a day the first year and nine hours per day the second, with him only otherwise allowed to attend to his business.

Paxton was given the opportunity to speak and turned around to face and address his victims.

“Please don’t waste your lives agonizing about the past,” he told the audience in the half-full courtroom. “I’ve done a lot of bad. Instead I urge you to pursue love, pursue peace, pursue joy.”

He told Fitzpatrick a conditional sentence would allow him to care for his elderly mother, adding her health is on the decline.

McGill argued the nature of the offences, and number of victims, are “not suitable” for a conditional sentence.

A publication ban is in place on any evidence or information that could identify victims or witnesses.

Fitzpatrick is expected to impose the sentence in May.