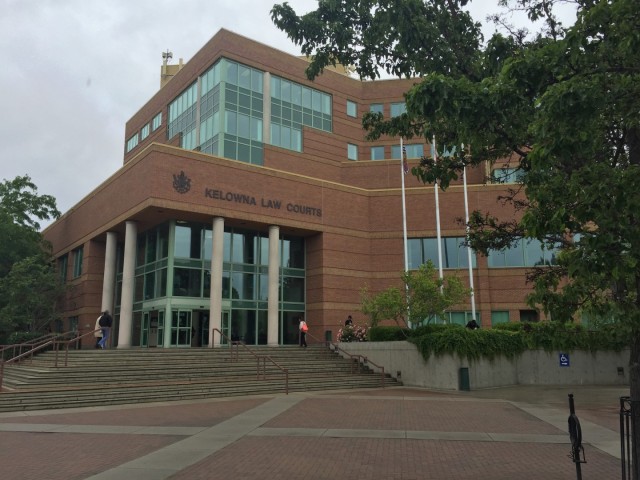 A child rapist described by a Kelowna judge as a “monster” will spend seven years behind bars after terrorizing a 10-year-old girl for more than a year.

After pleading guilty in May 2015 to sexual interference of a person under 16 and making child pornography, 47-year-old Steven Walsh was sentenced Friday in Kelowna court.

Walsh was arrested in November 2012. Police found over 100 pornographic videos and pictures of a child he knew.

While the relationship he had with the victim is protected under a publication ban to protect the identity of the child, Walsh was in a position of trust.

“The videos must be experienced to fully understand the full measure of the crushing depravity of it,” said Justice Mark Takahashi. “There are no words to describe the despair one felt for the child and the loathing to Mr. Walsh.”

Walsh had applied to have his charges stayed, due to the trial taking too long. While it took 49 months, Takahashi attributed the majority of the delays to Walsh, who went through five different lawyers.

The victim has been devastated by Walsh’s abuse.

“The child in this case wants to kill herself in her humiliation and shame,” Takahashi said.

A doctor’s pre-sentence psychological assessment found Walsh to be a low risk to reoffend, and even described him as not a pedophile. Takahashi rejected the assessment.

“How can a person who is a low risk to reoffend repeatedly victimize a child in a sexual way? This defies belief.”

Walsh told the assessing doctor he thought the victim performed sex acts on him because she saw it “brought him happiness.”

He will be added to the National Sex Offender Registry.

Walsh has been free on bail for the four years his trial proceeded and received no credit for time served.

After sentencing, Walsh was handcuffed and taken away by the sheriff as several people in the viewing area hugged and cried.